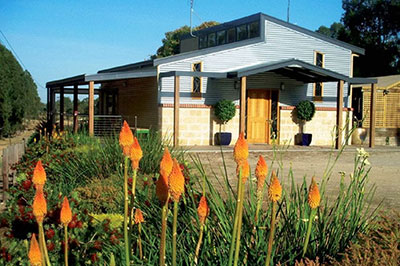 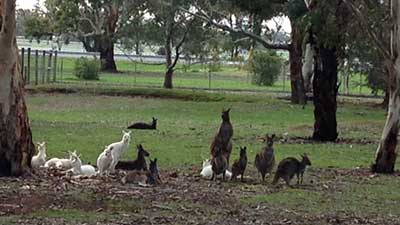 Bordertown - the Home to the White Kangaroo 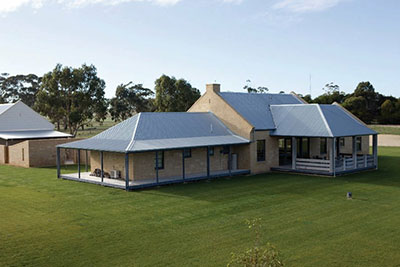 The Tatiara country was opened up by European settlers in the 1840s for grazing purposes, with the township of Bordertown established in 1852, slowly expanding as more graziers moved to the area.

In the years since, a number of new towns including Keith, Padthaway and Wolseley have been established.

The district's economy is based primarily on agriculture, with cereal crops including wheat, barley and oats and with livestock sheep, cattle and pigs prominent. Of recent times, vineyards have sprung up as well as a number of trucking businesses.

The Tatiara region and more specifically Bordertown is ideally positioned on the main Adelaide - Melbourne Dukes Highway. Less than three hours drive from Adelaide and five hours from Melbourne, it is the gateway to South Australia and the Limestone Coast tourism region.

You can enjoy your stay as the district has most of the usual facilities including a range of facilities for tourists and travellers and there are a variety of shops such as supermarkets, bakeries and roadhouses for supplies.

Whilst in Bordertown, visit the runaway holes, travel the Historic Drive, throw a line in or walk around the Recreation Lake, enjoy the artworks, the big red gums and the winetasting.  There are Conservation Parks, town walks, playgrounds, skate ramps and even white kangaroos.

The town possesses a range of sporting facilities including a golf course, basketball and tennis courts and a football and cricket oval, with clubs established for those sports. There is also an Olympic size swimming pool and wading pool for the toddlers. Health facilities include a hospital, physiotherapist, bowen, medical clinic and dentist, with the area also having a primary and high school.

Learn more about what there is to do in the Tatiara through the Visitors Guide.